Letter from the Editors (September 2021)

Letter from the Editors (September 2021)

In the midst of another busy beginning to the new academic year in many of our universities, the editors of Contemporary Church History Quarterly are pleased to present a new issue of book reviews and reports on the history of twentieth-century German and European Christianity and Christian churches. As is our usual practice, we examine a mix of Catholic and Protestant individuals and institutions. 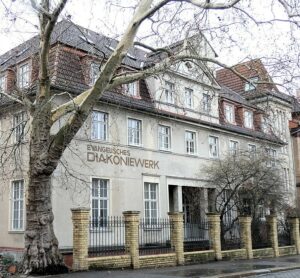 Leading off is Dirk Schuster’s review of Hagen Markwardt, Fruzsina Müller, Bettina Westfeld’s  study of Protestant church welfare institutions in central and eastern Germany during the Nazi era, Konfession und Wohlfahrt im Nationalsozialismus. It contains a series of case studies examining the ways in which Protestant social welfare institutions were caught up in the process of co-ordination to the National Socialist regime (Gleichschaltung), sometimes quite willingly.

Martine Menke follows with a lengthy review of Wilfried Loth’s “Freiheit und Würde des Volkes”: Katholizismus und Demokratie in Deutschland, a collection of essays that probes “Catholics’ contributions to the development of democracy in Germany since the mid-nineteenth century.” As Menke points out, in the book Loth “argues that while the institutional Church opposed modernity until after World War II, lay Catholics, especially those organized in political parties, contributed significantly to the development of modern democracy in Germany.”

Rebecca Carter-Chand contributes two reviews of works which are out of the ordinary, in terms of the usual content of the journal. First she assesses a social scientific study of the rescue of Jews in the Low Countries, Robert Braun’s Protectors of Pluralism, noting that the author tests his “hypothesis that religious minorities are more likely to assist or rescue persecuted groups from mass violence or genocide” using a “detailed geocoding of Jewish evasion in the Netherlands and Belgium, combining spatial statistics, archival sources, contemporary newspapers and other published materials, and postwar testimony.” Next, Carter-Chand reviews Steve Pressman’s film, Holy Silence, which discusses the role of the Vatican at the time of the rise of Nazism and during the Holocaust. It draws on the expertise of various scholars, including members of the CCHQ editorial team. Carter-Chand sums up the film as “a balanced and accessible primer to audiences, both newcomers and those well-versed in this history.”

This issue of CCHQ also features reviews of three books that move from history towards popular writing: Beth A. Griech-Polelle enjoys Fergus Butler-Gallie’s Priests de la Resistance! The Loose Canons Who Fought Fascism in the Twentieth Century, finding hope in the stories of clergy who resisted Fascism and Nazism (and American racism too); Dirk Schuster ponders Carsten Linden and Craig Nessan’s short biography of Paul Leo, a Lutheran pastor persecuted under Nazi racial laws who found his way to a new life and ministry in the United States; and Andrew Chandler appreciates John A. Moses’ collection of essays on the state of Anglicanism in Australia, which pays homage to Dietrich Bonhoeffer, Hans Küng, Martin Luther, and John Henry Newman.

As for shorter notes, we have included just one shorter news item: an announcement for an upcoming webinar on the significance of the Vatican Archives of Pope Pius XII, scheduled for October 17.

Finally, we have made a correction to a conference report from our June issue, on the conference Martin Niemoeller and His International Reception.

On behalf of the editorial team, I wish you a pleasant and above all safe autumn season (in the northern hemisphere).