As summer begins, the editors are pleased to publish a new issue of Contemporary Church History Quarterly. This issue contains an insightful article by Manfred Gailus and a combination of powerful book and film reviews, article notes, and conference reports assessing new research in German and European religious history. 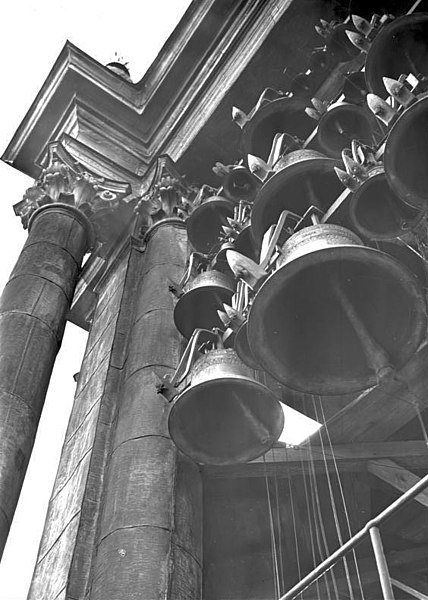 Gailus writes about the ongoing issue of Nazi-era church bells in German parish churches. Controversy has emerged in a number of locations (and perhaps should emerge in others) over church bells dedicated to Adolf Hitler and/or emblazoned with swastikas. Gailus explains the current state of the issue.

Robert P. Ericksen has contributed a detailed review of a new study by Manfred Gailus and Clemens Vollnhals, containing sixteen examples of German Protestant theologians who promoted an “an artgemäss theology, claiming the necessity of certain racial and cultural qualities for any Germans claiming faith in Jesus and the Christian God.” This review lays out the depth and breadth of Protestant theological participation in Nazi racial ideology.

Doris L. Bergen praises Matthias Grünzig’s new book on the ongoing saga of the Potsdam Garrison Church–the church used by Hitler to open his first parliament and symbolically launch his government. Already a centre of Nazi activity in the Weimar era, the church served as a hotbed of Nazi Christianity in the Third Reich, and its rebuilding today reopens the controversy surrounding its place in the Christian collaboration with Nazism.

Other reviews in this issue include Dirk Schuster’s assessment of Joachim Krause’s documentation of the roots of the German Christian Church Movement in the parishes of the Wieratal, and Kyle Jantzen’s reviews of the powerful new edition of Dietrich Bonhoeffer’s “After Ten Years” essay, with an introduction by Victoria J. Barnett, and of a new film about Bonhoeffer entitled Come Before Winter.

Finally, Doris Bergen writes a fascinating conference report about a recent Bethel College conference on Mennonites and the Holocaust, and Rebecca Carter-Chand highlights a new article on the 1975 West German Catholic post-Holocaust statement “Our Hope: A Confession of Faith for Our Time.”

We trust you will find these contributions interesting and enlightening, and we wish you a fine summer ahead.