Letter from the Editors (September 2017)

Letter from the Editors (September 2017) 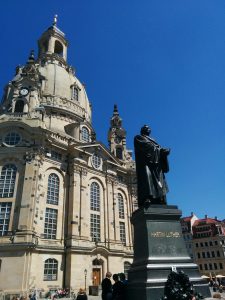 The editors of Contemporary Church History Quarterly are delighted to present a new issue of articles, reviews, news, and notes. Three themes dominate this issue. First and foremost, we want to take time to remember and to commemorate the life and work of John S. Conway, the founding editor of what became the CCHQ. John, who passed away this past June, was a great mentor and friend to us, and two of our senior colleagues–Doris Bergen and Robert Ericksen–have captured John’s legacy in moving articles.

Second, in this year of the 500th anniversary of the beginning of the Lutheran Reformation, we want to attend to one of the more controversial issues in recent Luther scholarship: the relationship of Luther to antisemitism and the Holocaust. To that end, Manfred Gailus offers an article considering Luther’s reception in the Third Reich, while Christopher Probst reviews a work on the influence of Luther’s “Jewish Writings” in the modern era and guest contributor Dirk Schuster reviews the catalogue from the new Topography of Terror (Berlin) exhibition “‘Überall Luthers Worte …’ – Martin Luther im Nationalsozialismus / ‘Luther’s Words are everywhere …’ – Martin Luther in Nazi Germany.”

Finally, there’s a good deal of attention these days on the history of Mennonites in the Third Reich. On that topic, we have a review of Benjamin W. Goossen’s Chosen Nation: Mennonites and Germany in a Global Era, as well as a report on a recent meeting held at the University of Toronto, together with information on an upcoming conference in Kansas.

We trust that these and other offerings in this issue will prove to be stimulating and informative. We want to thank you for your continued interest in the Contemporary Church History Quarterly, and wish you all the best for the autumn season.