As Lent will soon give way to Easter, it is our pleasure to publish once again a new issue of Contemporary Church History Quarterly, with short articles, book reviews, and notes on the contemporary history of German and European religious history. In this edition of the journal, we see the full spectrum of response by Christians to the moral challenge of National Socialism.

Hartmut Ludwig of Humboldt University in Berlin has contributed a copy of a public lecture he gave recently at the Topography of Terror in Berlin, and which John S. Conway has kindly translated. It describes the work of Pastor Heinrich Grüber of Berlin, who partnered with a good number of Christians (many of Jewish descent) to care for the persecuted Jews of Germany. At great risk to themselves, they established a relief agency that facilitated the emigration of close to 2000 Jews from Germany between 1938 and 1940. 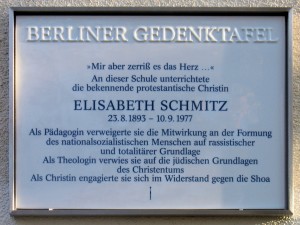 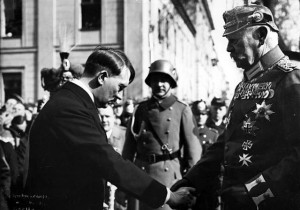 On the other end of the spectrum, Kyle Jantzen reviews another edited volume by Manfred Gailus, Täter und Komplizen in Theologie und Kirchen 1933-1945. Gailus and other scholars explain the ways in which individuals and groups of theologians, church leaders, and clergy who voluntarily accommodated themselves to the ecclesiastical and racial policies of the Third Reich, in many cases becoming participants in the perpetration of great evil. Various chapters focus on the Day of Potsdam, the German Christian Movement, Gerhard Kittel, “Brown Priests,” Hanns Kerrl and Hermann Muhs, Walter Grundmann, Karl Themel, and Erich Seeberg.

Other contributions round out the volume, including a book review on the Church of England in the First World War, two conference reports (each covering a good number of sessions and papers), and a call for papers for the journal Studies in Christian-Jewish Relations.

We hope you enjoy this issue. Please feel free to comment on anything you read, either out of appreciation or a desire for debate.

With best wishes, on behalf of all the editors,

← Public Lecture: On the Side of the Disenfranchised and the Weak: The Office of Pastor Grüber (1938-1940)
Conference Announcement: Faith and the First World War, University of Glasgow, 21-22 July 2016 →